Nintendo, in Japanese market, has the game allowing you to play through an internet connection. You will no longer need to exhaust the processing power of the Switch and still play Resident Evil 7 smoothly. Consequently, Assassin's Creed Odyssey soon will also follow in the same direction, download game files and all processes will be handled through the cloud server.

Playing games through the cloud server is no longer a new thing, as there have been several services such as GeForce Now, PlayStation Now deployed in many countries around the world.

Along with the advancement of science, cloud gaming is promising to change the way you play games every day and also the entire current game industry.

The extinction of Disc Games

Platforms that allow streaming game content via the internet such as the Nintendo Switch or Xbox Scarlett Cloud are bruited to become conventional standards. By the time those platforms rise, it will also be the time when physical game stores face difficulties, just like Blockbuster.

Although not everyone wants to buy a digital copy of their favorite games, the number of fans who prefer collecting physical disks is moderated. People won’t likely to buy a disc or a game card like the old days, because all are distributed over the internet.

Even heavy games only require the acceptable download time due to the improvement of internet speed. All you have to do is renting the game package you want, sitting in a place where there is a stable internet connection and playing it.

The sharp drop in gaming costs

One of the biggest advantages of game streaming services is that cloud gaming will reduce the cost of games to a level where anyone will be able to buy games at a low price.

Now, most of the blockbuster games are dependent on the power of the hardware, including both PC and consoles. To play PUBG smoothly, the cost of buying equipment, hardware, and computer components is so costly that everyone must sweat to think about.

Thus, If cloud gaming takes its toll, the amount of money is going to drop dramatically, and you just have to pay for the game.

Subscription method will also enable companies to lower their upfront price, bringing great benefits to the game publishers as the sales will rise.

No more costly upgrades every year

In terms of mobile gaming, just a phone that allows you to play games, the cost is obviously much lower than purchasing a powerful computer, or expensive up-to-date console.

Talking about the cost of buying a license key, renting a game to play like Resident Evil 7 Cloud Edition is also a way for the companies to lessen the cost for their players.

The cost of upgrading the device will no longer be a concern since everything is now handled through the server, without requiring the machine to have too much power. Hence, companies can focus on other aspects to deliver the best game-play experience.

Playing anywhere, as long as there is internet

Let's ignore the exclusive games for the PS4 or Xbox One at the present time, because in the future if cloud gaming takes its throne, the concept of exclusive games will no longer stand firmly as well. 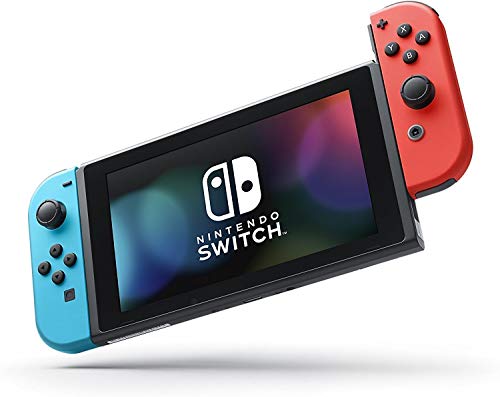 Just have the internet be able to play games, no machinery dependencies, configurations and processing power, what's better?

Your voice is heard

Cloud streaming has a great advantage, which is gathering a lot of players' information in real time because gamer must have the internet connection.

Therefore, in terms of game publishers, they can modify game-play and balance the characters in the game quickly based on the data collected in each game.

Not to mention, game developers will pay more attention to the tendency to enjoy the game, thereby creating the better product to meet the market’s demand in the near future.

These are the pros, so the cons and the inadequacies?

Game studios are more likely to be hacked.

Playing games through a cloud server means that game companies will have to store the players’ personal information, such as credit card information used to purchase services on the server.

This makes such servers a lucrative target in the eyes of black hat hackers trying to steal someone else's personal information. So, for game studios, server security is the biggest challenge.

Not only protect the server, but the game companies also have to secure the personal information of customers in case they have to register the game account to play the MMO or game from the third developer.

Playing games through the cloud server is fun, fast and convenient, but when the data leaks, the damage is also serious.

The negative effect of DRM

To protect the copyright, using DRM is something that every game company utilizes, like Ubisoft and EA still trust Denuvo for example. But the DRM itself has negatively affected game performance, such as Assassin's Creed Origins last year. Denuvo causes the computer to load a notable heavy task, resulting in performance is severely affected when playing games.

If you live in developed countries, the internet and server systems are available, deploying cloud gaming is not difficult. However, not every country owns the infrastructure qualified to implement cloud gaming.

Installing new server systems as well as speeding up the network is the things the gaming companies should do to catch up with the cloud gaming trend, and that needs a huge budget, and not everyone is ready to do it.